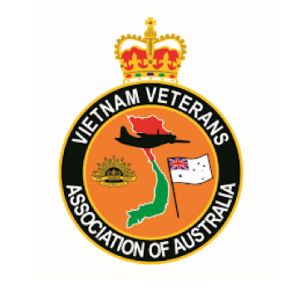 The Badge of the VVAA

While serving as the New South Wales State President of the Vietnam Veterans Association of Australia, Mick Scrase JP, and the then NSW Secretary, Denise Burke came to the conclusion that the Association should have a badge, a national symbol by which members could be recognised.

After many sketches, they came up with the proposal for:

This was the final draft that was put to the National Council (Phil Thompson was the National President at this time) and the New South Wales Branch. In those days, both worked side by side out of the HQ, which was at the rear of the Granville RSL Youth Club Hall in Blaxcell Street.

The design was agreed, quotes were sought from a number of companies and Perfection Plate was given the order to manufacture. The design number was 582/82.

The badge was well-accepted at first, but a few years later the VVAA was advised that RAN members did not think that they were represented. Their opinion was that the Rising Sun represented the Army, and the plane represented the Air Force.

At the same time, attendance at what was then Long Tan Day services dropped off because Navy and Air Force thought that it was for Army only. The Committee discussed these serious problems, and a change to the colour of the flag on the badge was moved and carried unanimously. With these changes, the badge now shows the White Ensign for Navy, the Rising Sun for Army, and the Plane for Air Force.

This badge is now a registered trade mark of the Vietnam Veterans Association of Australia (as is the name), and by law may only be used by members, Sub- Branches and State Branches of the VVAA, as authorised by the National Council of the VVAA.

See also The Motto of the VVAA